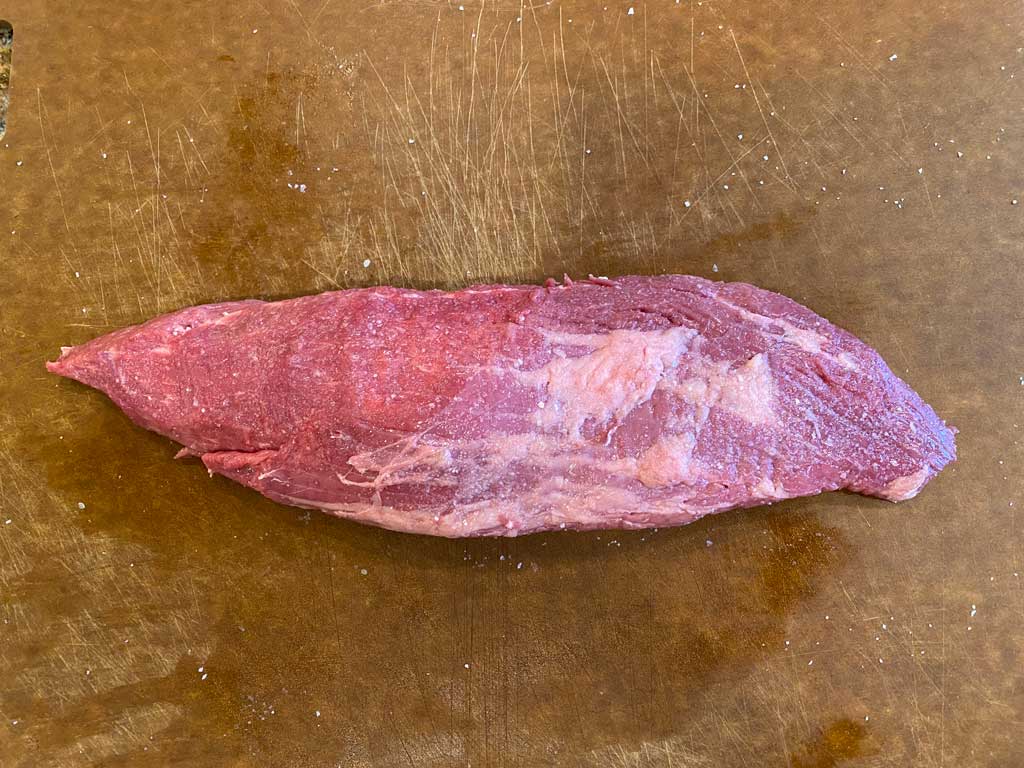 Teres major is not a steak you will find at most supermarkets. You’ll have to seek it out at a good butcher shop or from online sources. But it’s worth the effort to find and grill on your Weber gas grill.

Also known as a shoulder petite tender roast, petite tender, shoulder tender, or bistro tender, the teres major steak is lean but juicy, and as the alternate names imply, it’s very tender. It’s shaped like and eats a lot like a tenderloin but with a bit more fat and thus more flavor. 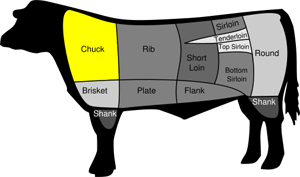 The teres major muscle is tucked away inside the chuck primal and comes from the shoulder blade. It takes more time and effort to fabricate this cut from the shoulder clod, which is why you don’t see it often in the usual retail settings.

One burning question: Is teres major a steak or a roast? Well, it doesn’t weigh much, something in the range of one-half to three-quarters of a pound, certainly not much more than a pound. A hungry man or woman can put one of these away in a heartbeat, which to me means “steak”. But it is referred to as a steak or a roast by various sellers, so you can call it whatever you like.

And some trivia: “teres” in a physiological sense means “long and round”, which perfectly describes the shape of this piece of meat.

There’s a small amount of surface fat on the meat. I don’t bother to remove it, as it adds some flavor.

Sprinkle the meat on both sides with kosher salt and let rest in the refrigerator for 30-45 minutes. Right before grilling, pat the meat dry with paper towels to remove any surface moisture left over from the salting.

To prevent sticking on the grill, lightly spray both sides of the meat with a non-stick cooking spray.

Preheat your gas grill with all burners on MEDIUM for 15 minutes. Use a grill brush to clean the grates.

Cook the steak over direct medium heat, turning every 3-4 minutes, to an internal temperature of 135°F measured with an instant-read thermometer.

Remove the steak from the grill to a rimmed baking sheet pan or plate and cover with aluminum foil. Let rest for 5 minutes before slicing and serving. 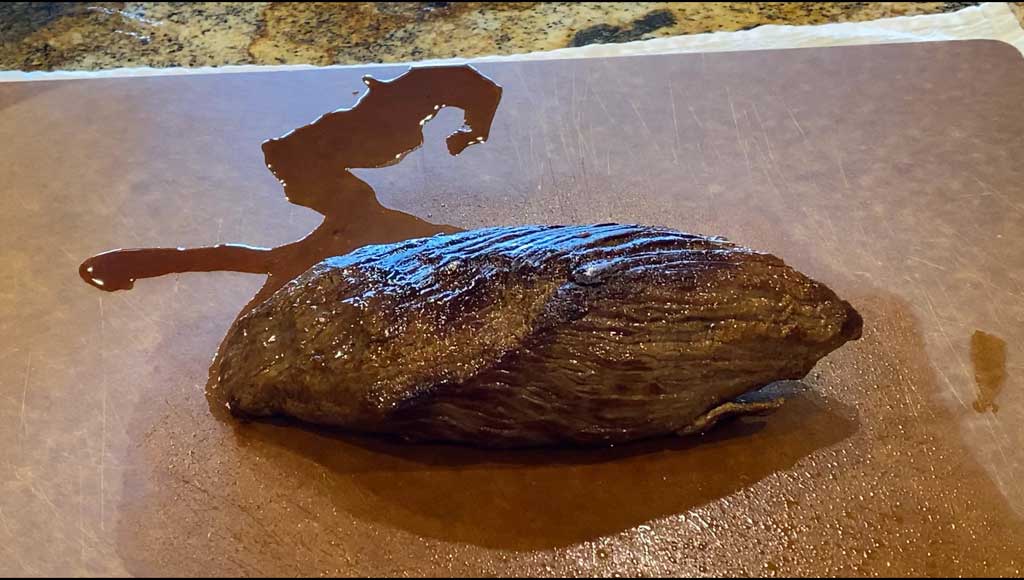 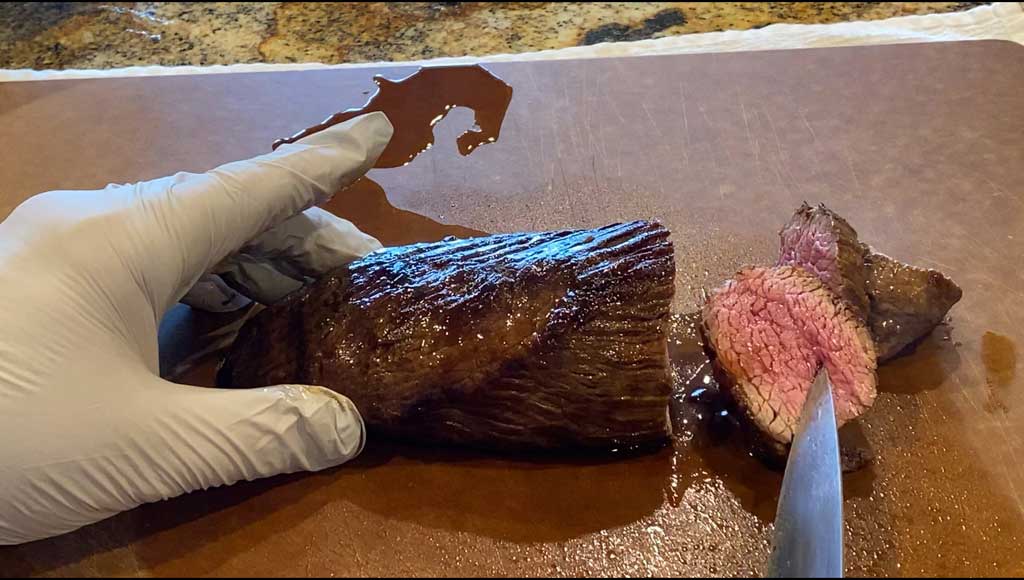 I like to cook teres major as a whole piece and slice it after cooking, it’s just easier that way. But some people cut it into thick medallions before grilling so they get a sear on all sides of each piece…that’s another way to do it. 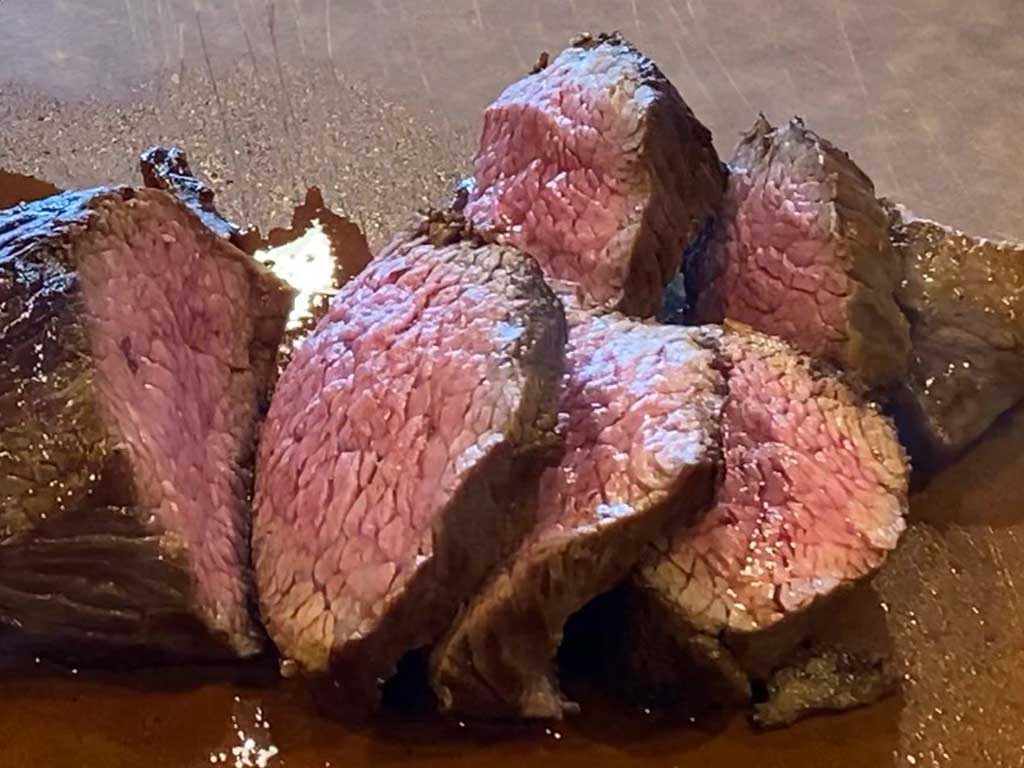 I hope you’ll give a teres major steak a try! It’s not easy to find, and it’s not always cheap, but I think you’ll really enjoy its flavor and how quick and easy it is to cook.