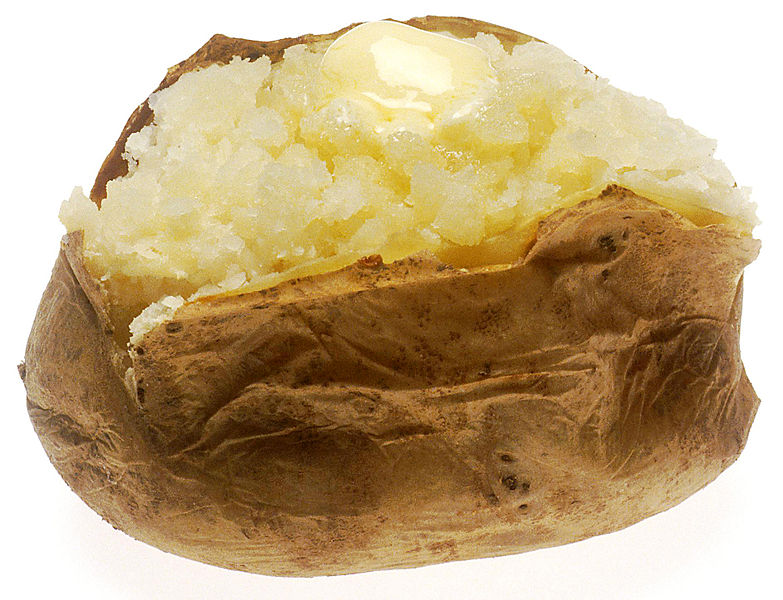 In my opinion, nothing goes better with a grilled steak than a tender, fluffy baked potato. I’ve always baked them in a 400°F oven for 45-60 minutes and then poked with a knife to determine doneness…sometimes without much success. I cut into the potato and find the center a bit under cooked.

The folks at Cook’s Illustrated magazine tackled the question of The Perfect Baked Potato in their January/February 2016 issue. They determined that the optimal internal temperature for a uniformly fluffy baked potato is 205-212°F. Cook’s suggests baking potatoes at 450°F for 45-60 minutes until the largest potato registers 205°F in the center.

So now you’ve got yet another reason to own a good quality instant-read thermometer! Next time you bake a potato, probe it to ensure the perfect internal temp!

I would be remiss if I allowed the year to pass without noting that 2015 marks the 30th anniversary of the venerable Weber Genesis gas grill.

Earlier this year, Weber published a lengthy blog post documenting the process of how the Genesis came to be. It’s a fascinating read that explains how executives responded to competitive pressures and customer demands to design a gas grill that far exceeded anything on the market when it came out in 1985—including its $400 price tag.

“I think it was more or less survival. You could feel the ground shift underneath you, so we knew that we had to be in the gas business, but we had to be in it in a Weber way where consumers would have a great experience.

“We said, ‘We’re gonna make a really great gas barbecue that’s worthy of the Weber name and whatever it sells for – that’s what it sells for.’”

You can read the entire blog post at Weber.com.