Picanha (pronounced “pee-KAHN-ya), also known as top sirloin cap or coulotte, is a cut of beef that most Americans know little about. Those that do probably associate it with expensive Brazilian steakhouses (churrascarias) where it’s skewered in half-moon shapes, grilled to perfection, and carved to order at the table.

A company named Porter Road Butcher gave me a 4.24 pound package of their dry-aged picanha to try, and it’s the basis of this article. You’ll find picanha at better supermarkets, butcher shops, or online meat retailers.

Picanha is a triangular roast with a lean side and a fat side covered with thick, white hard fat. 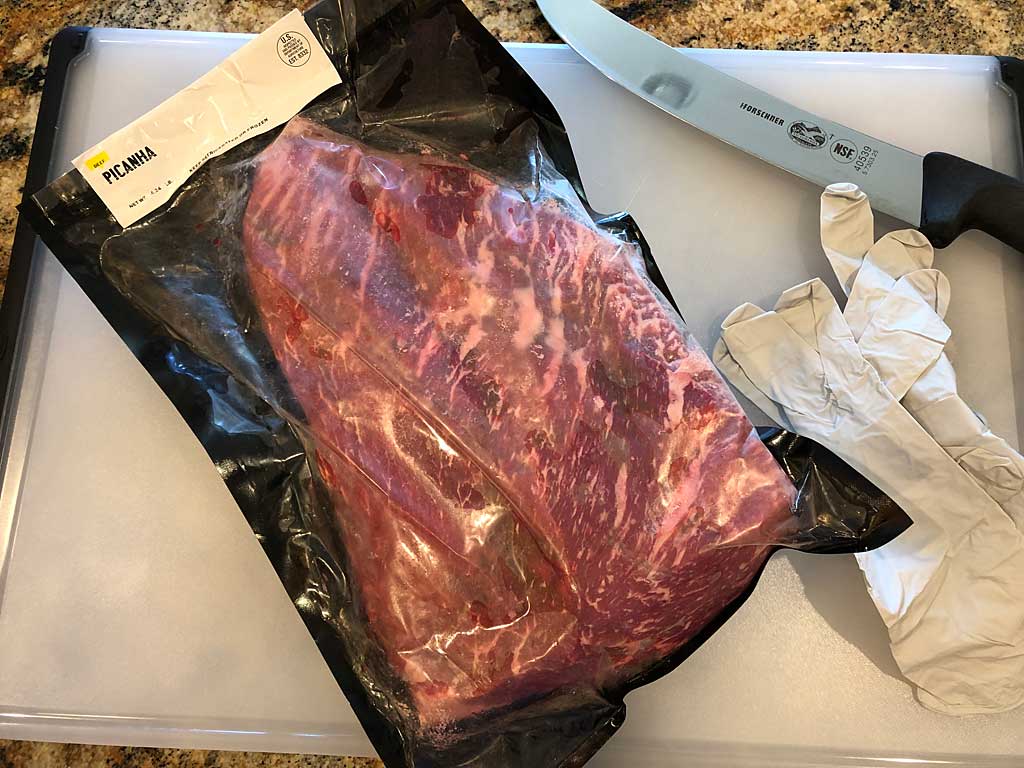 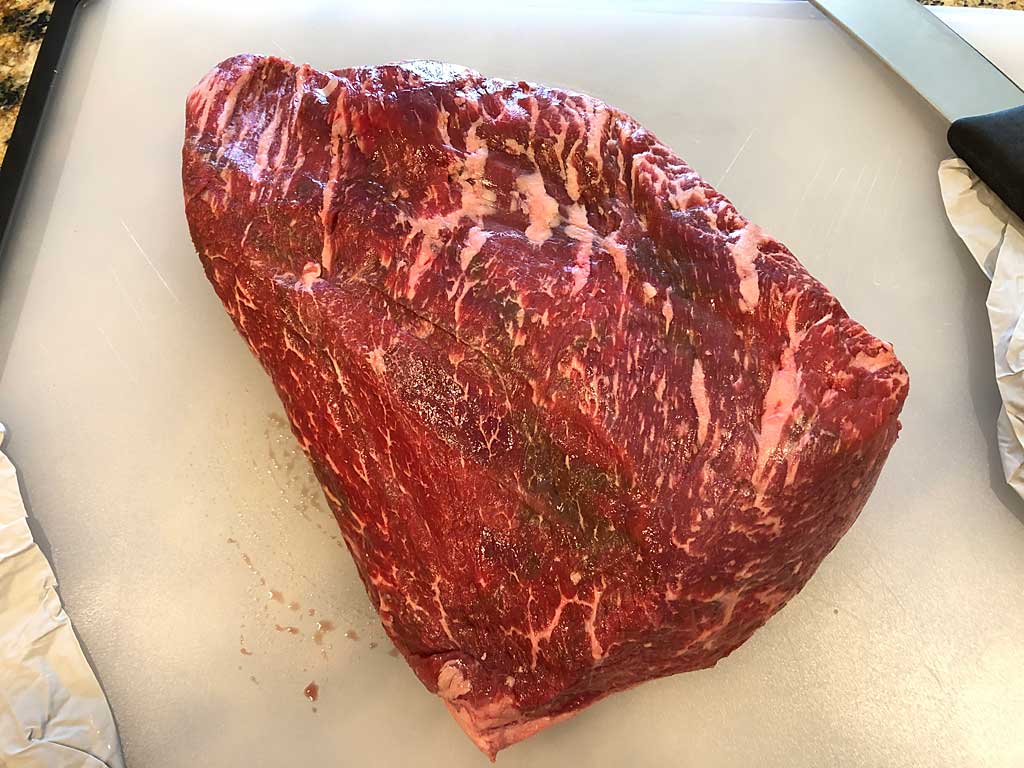 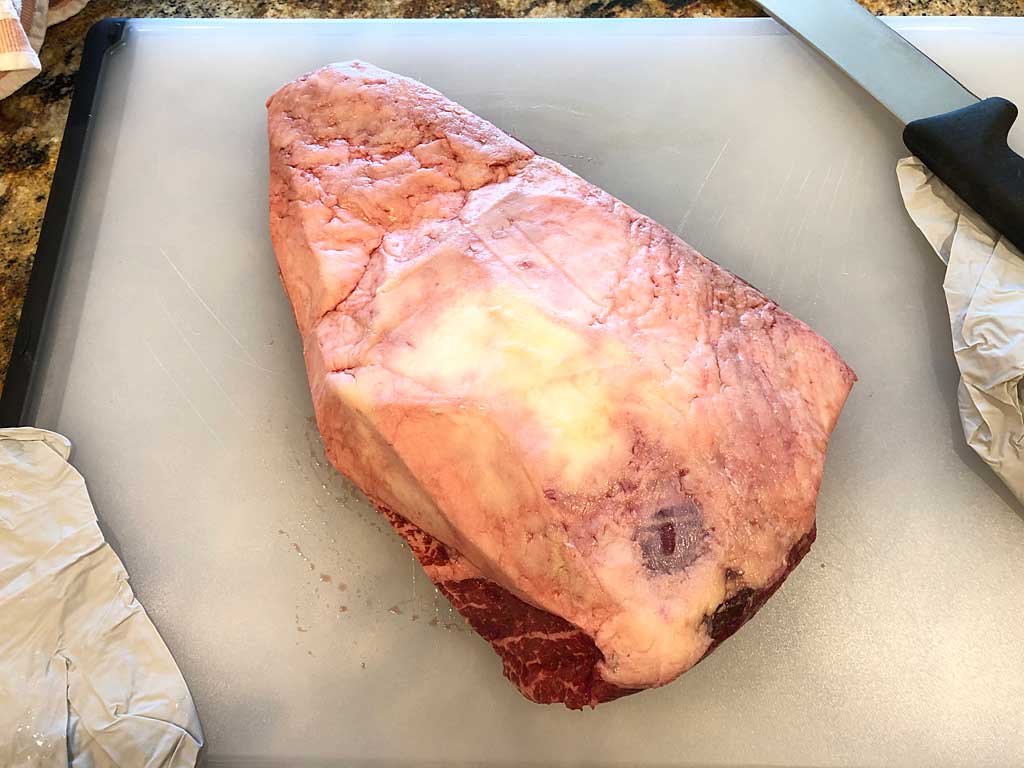 Picanha is traditionally cut into strips with the fat trimmed down to 1/4″ to 1/2″ thick, but occasionally you’ll see recipes where it’s grilled as a whole roast with some or all of the fat removed. How you do it is up to you, but I like the idea of grilling in strips because the roast has a thick end and a thin end, so you can grill thin strips less and thick strips more so that each piece achieves perfect doneness.

With the fat side facing up, cut the roast into 2″ wide strips. Turn the strips on their sides and trim the fat layer to 3/8″ thick. This can be tricky as the fat is hard, the meat is soft, and the strips can shift under the weight of the knife, making it hard to get an even cut through fat. Just do your best. 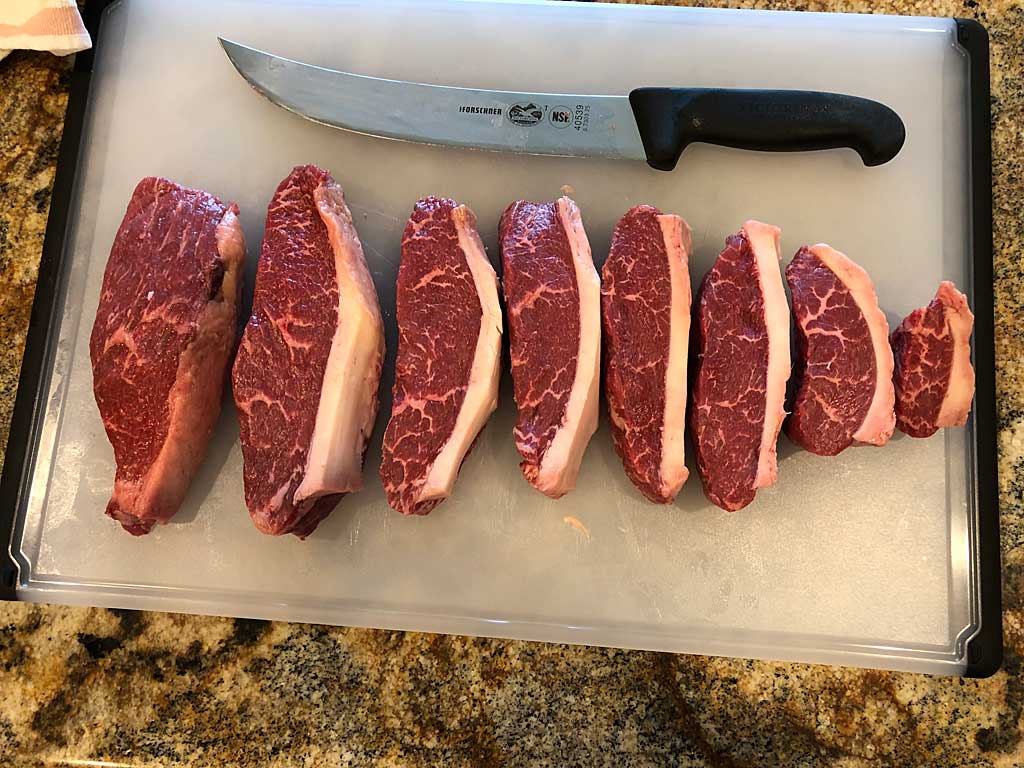 Pat all surfaces dry with paper towels. Sprinkle kosher salt on all sides, place on a wire rack above a rimmed baking sheet pan, and refrigerate for two hours. This gives the salt a chance to penetrate the meat. 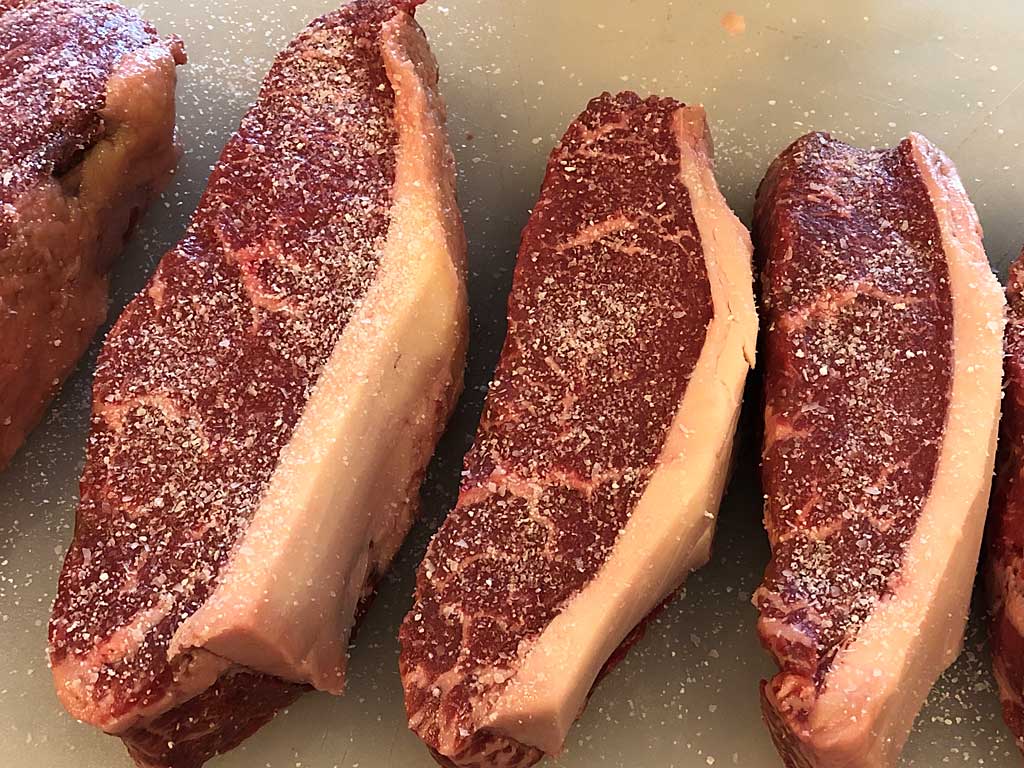 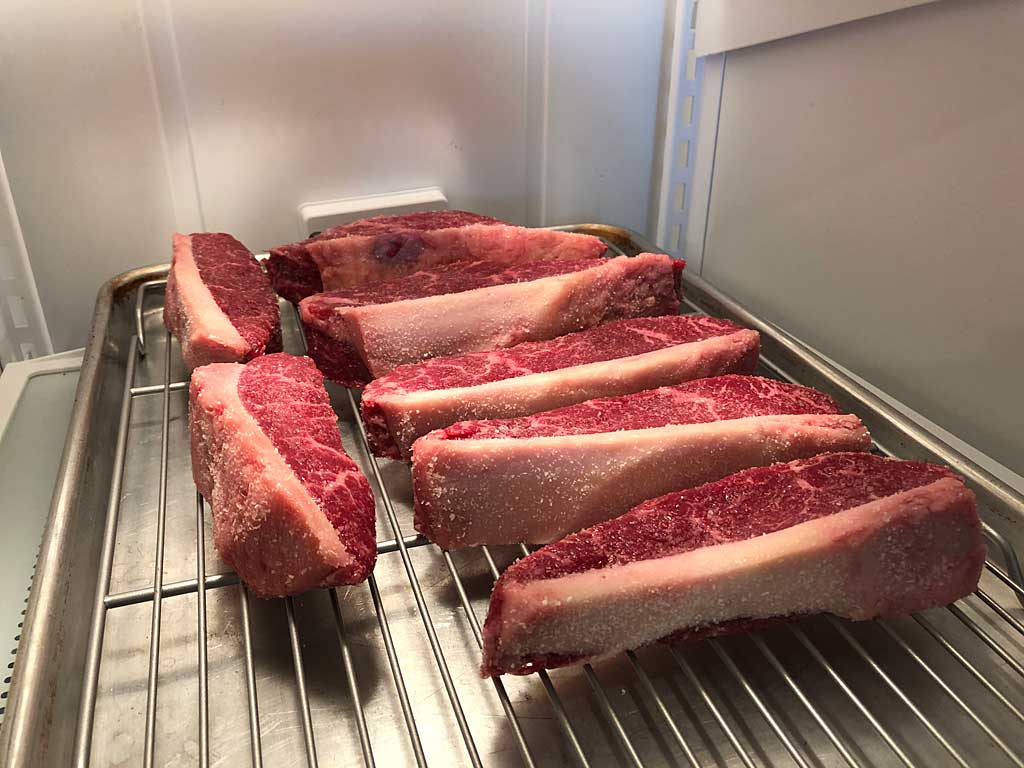 I don’t have the big skewers needed to skewer picanha in half moon shapes, so I cooked pieces individually on the cooking grate. And as mentioned earlier, this allows me to remove small pieces that are done sooner than large pieces.

You’ll notice in some of the photos that I grilled this meat on a charcoal grill, but here’s how to do it on your Weber gas grill. Preheat your gas grill for 10 minutes with all burners on HIGH. Clean the grates with a grill brush, then create a two-zone fire by turning Burners #1 and #2 to MEDIUM and Burners #3 and #4 (or just Burner #3 on a three burner grill) to LOW. Now you have a hot side and a cool side and can move the picanha strips between the two zones as needed. 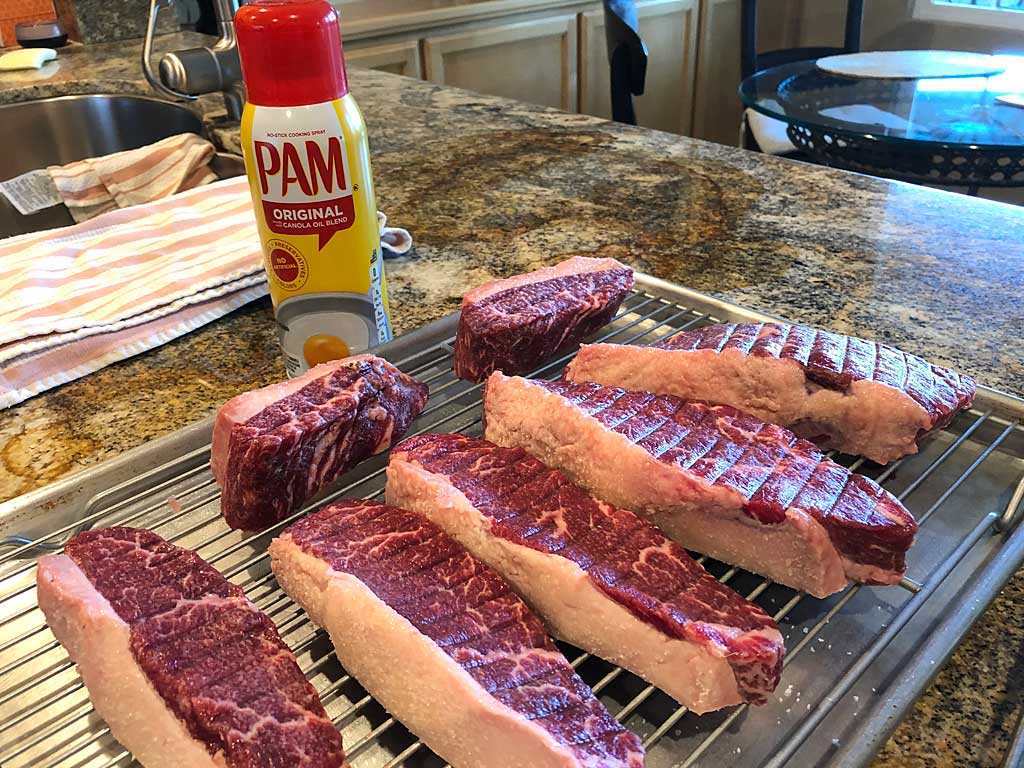 Pat the pieces dry with paper towels and spray both sides with non-stick cooking spray. 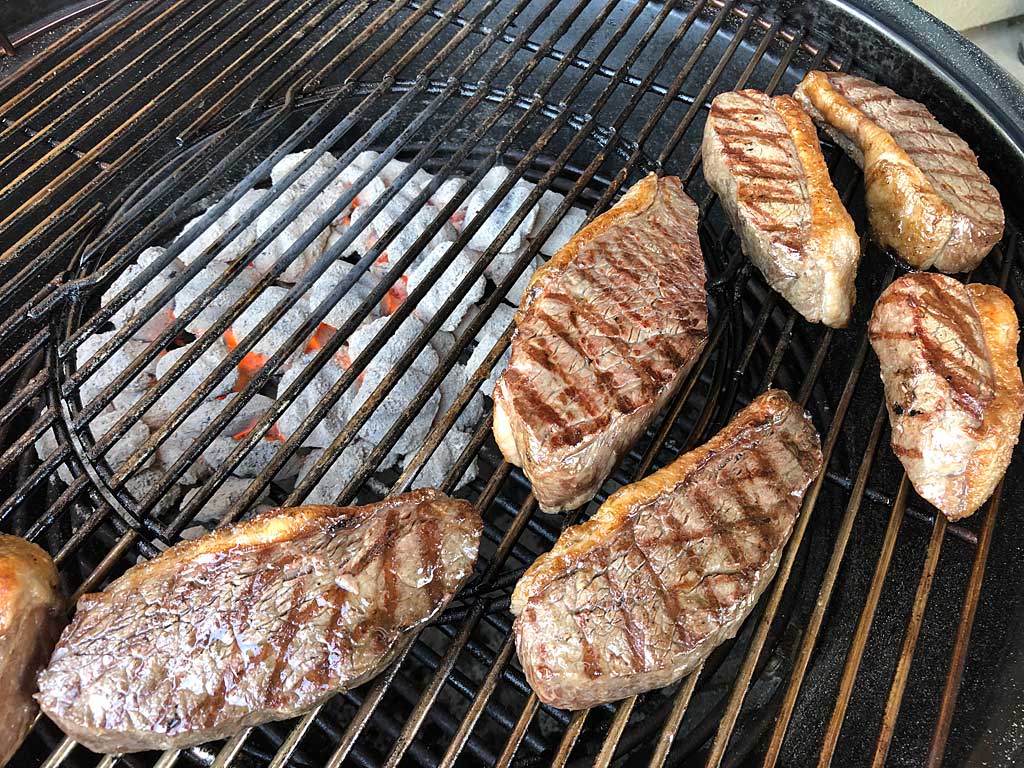 Place the pieces on the hot side of the grill and flip every 2 minutes, turning 90° each time to create diamond pattern grill marks. 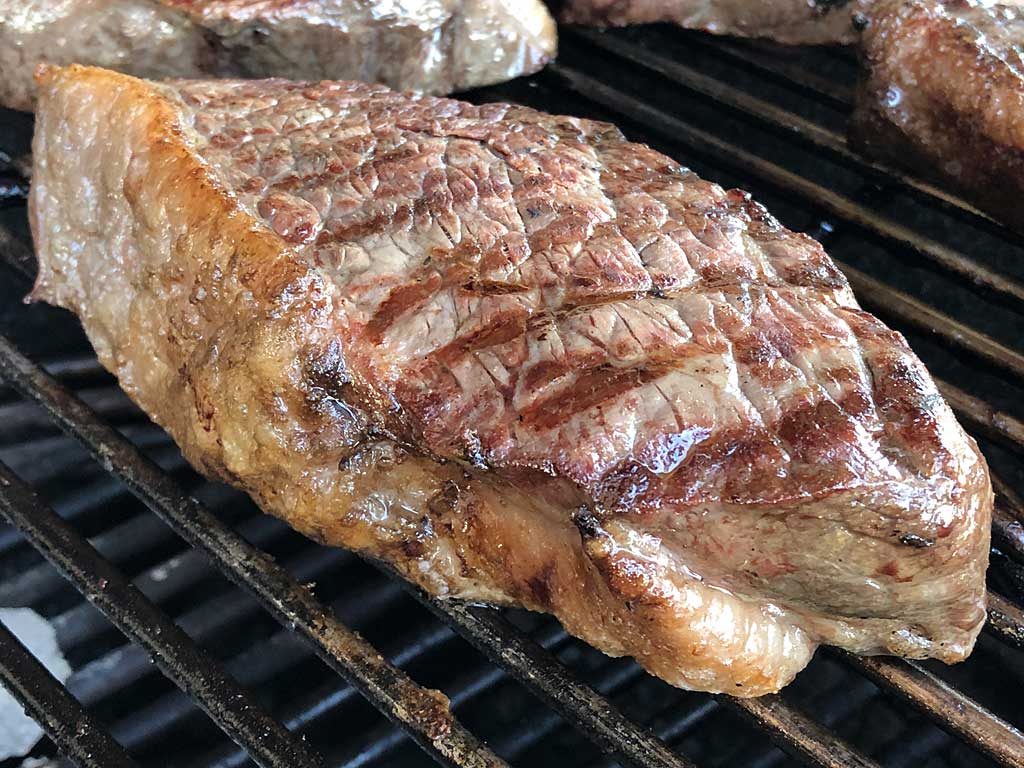 After 8 minutes of grilling, check the internal meat temp with an instant-read thermometer. I cooked these pieces to 130°F. If you’re below that temperature and the surface could still use more searing, keep cooking over the hot side of the grill. If the surface is nicely seared but the internal temp is too low, move the pieces to the cool side of the grill to allow the inside meat to come up without overcooking the exterior. 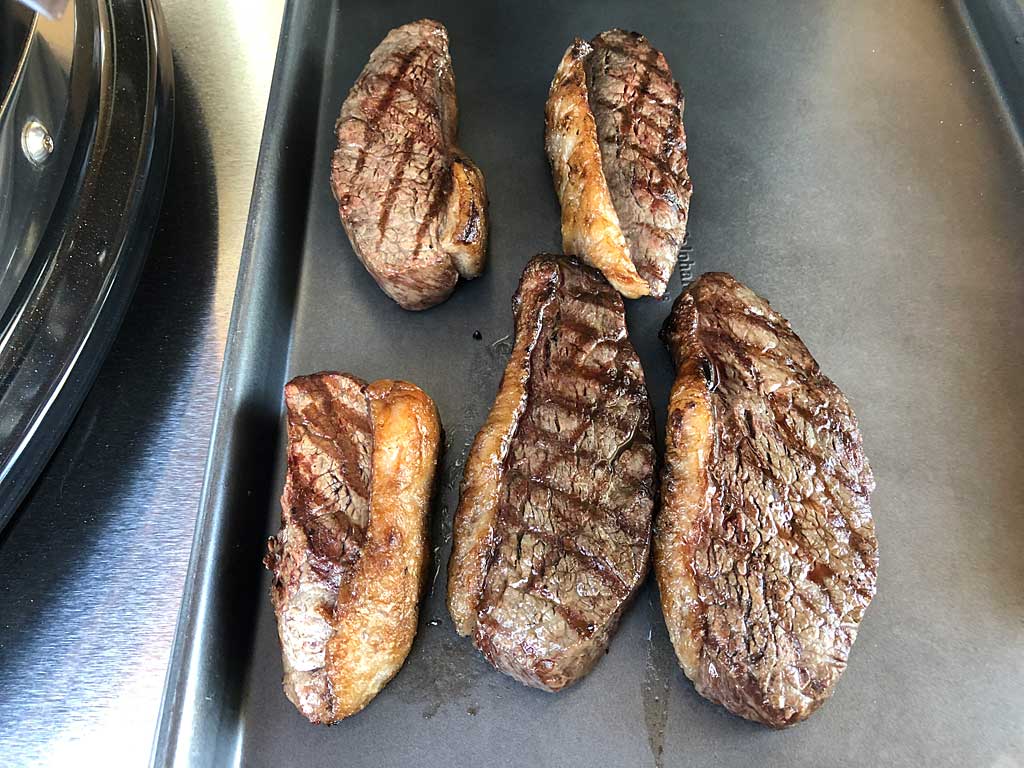 When you hit 130°F, move the pieces to a rimmed baking sheet pan, cover loosely with aluminum foil, and let rest for 5 minutes before serving.

Enjoy The Rich Flavor Of Picanha!

The meat was soft, open grained, and very tender, thanks to the dry aging and abundant intramuscular fat. It was so delicious, I had to admit it was the best cut of meat I’d eaten in who knows how long, and that’s saying a lot. 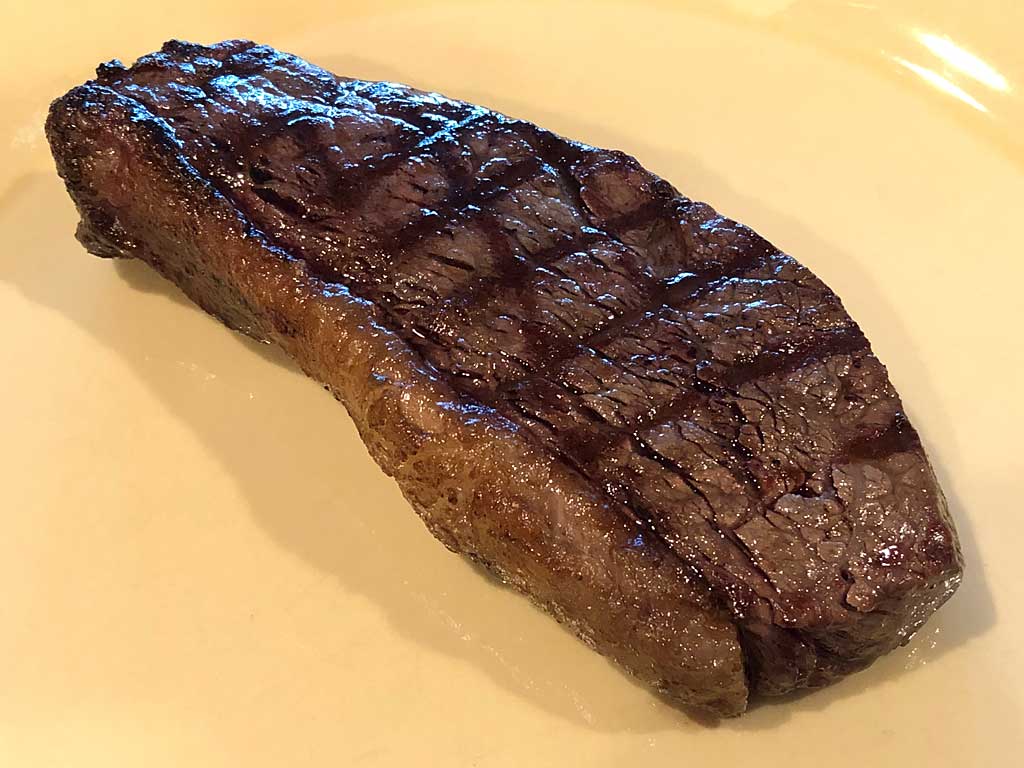 I’m not a beef fat eater, but trimming some and eating it with the lean tasted so good. I would never have believed a cut from the sirloin could have been so full of flavor, moisture, and tenderness, but this picanha was all that. 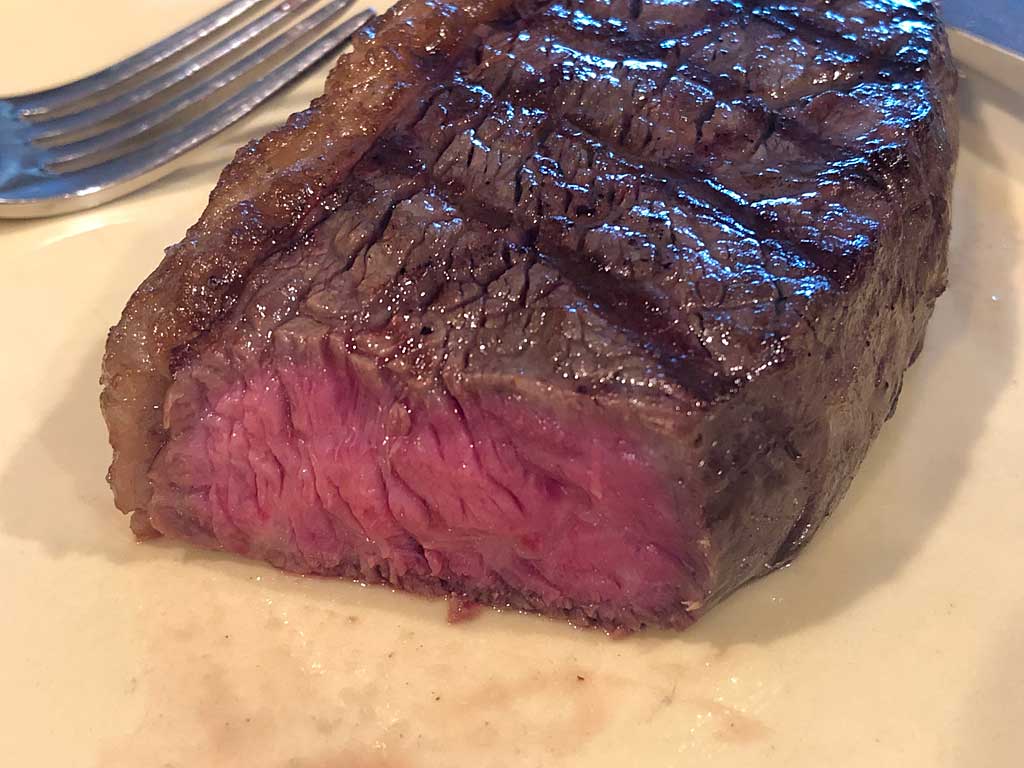 Give picanha a try, I think it will become a permanent addition to your grilling repertoire!