I formed 1.5 pounds of good quality 80/20 ground chuck into two thick, 3/4 pound oblong-shaped patties, applied kosher salt and pepper, and let sit in the refrigerator for about 30 minutes, giving the salt a chance to penetrate the meat. 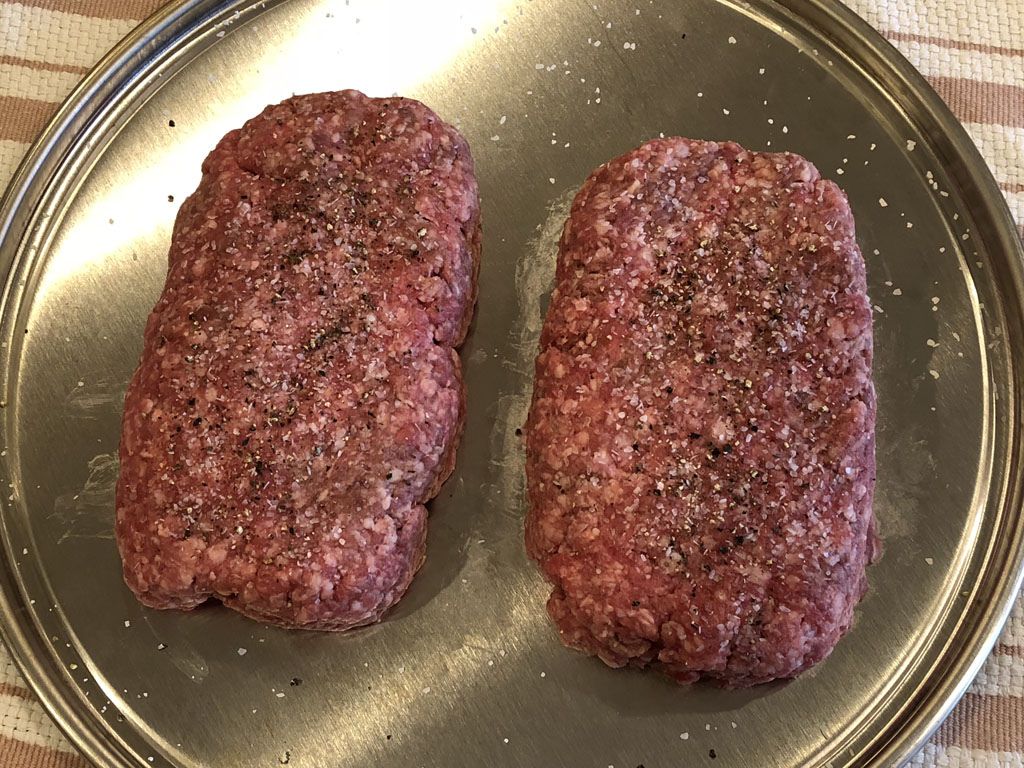 I pre-heated my Weber Summit 450 gas grill with all burners on MEDIUM heat. After about 10 minutes of pre-heating, I cleaned the grates with a grill brush and was ready to cook.

I placed the patties on the cooking grate at a 45° angle and flipped them during cooking to create the usual diamond pattern grill marks. 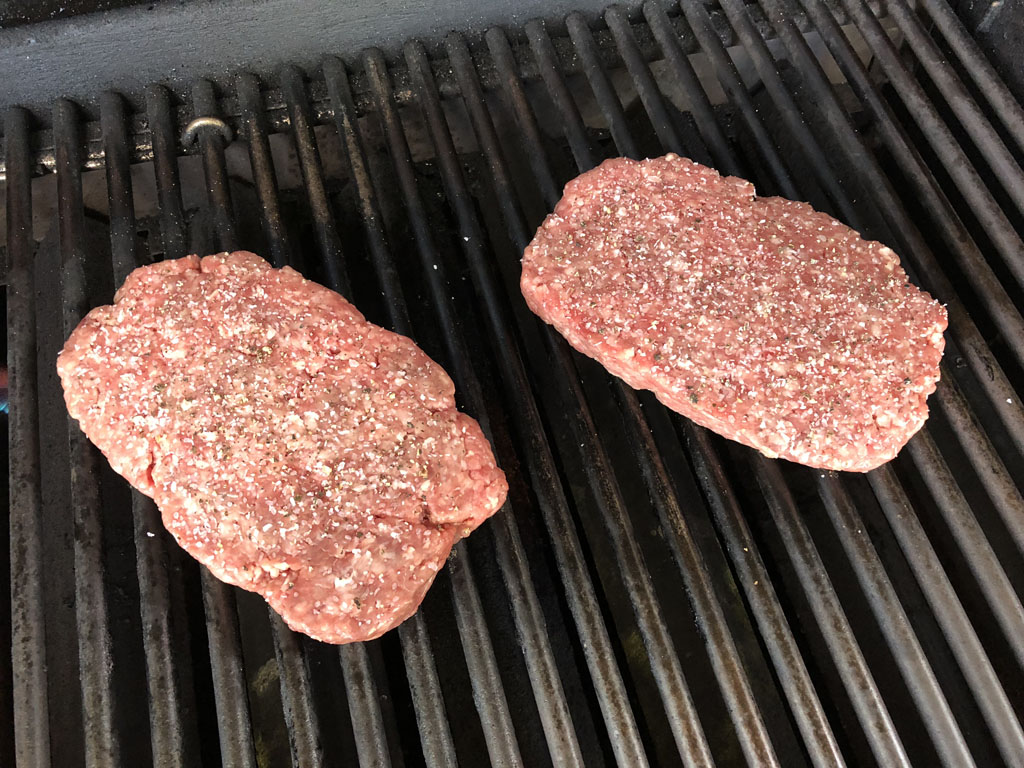 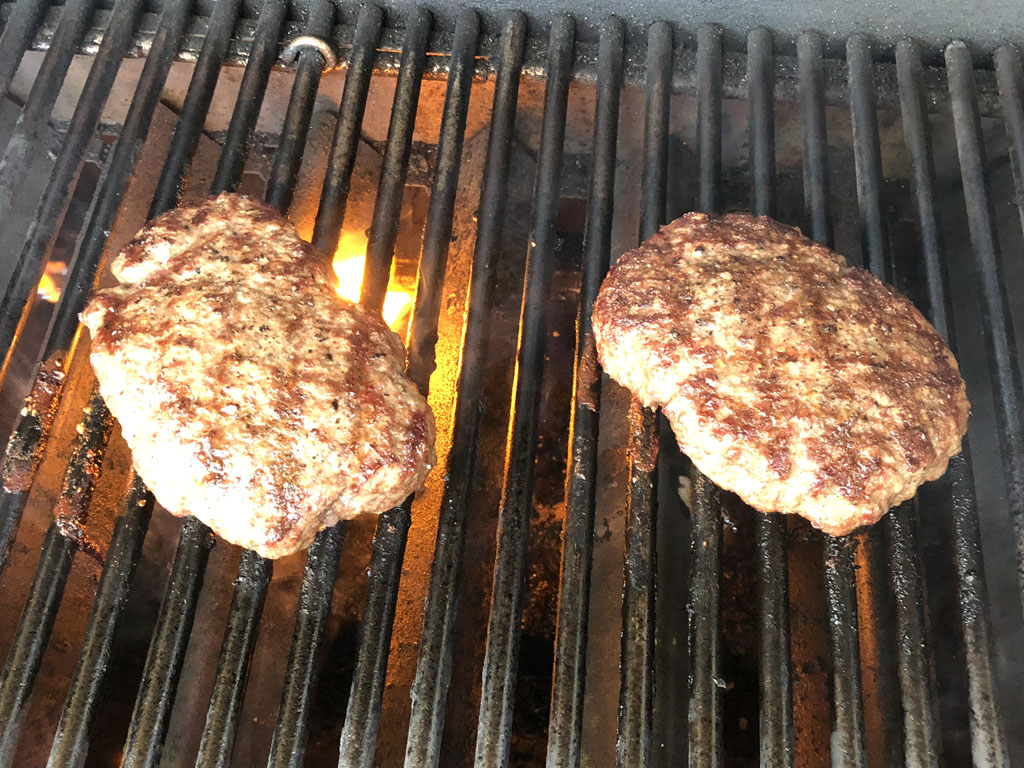 I flipped the patties every 2-3 minutes until they registered 135°F internal temperature using a Thermapen Mk4 instant-read thermometer. 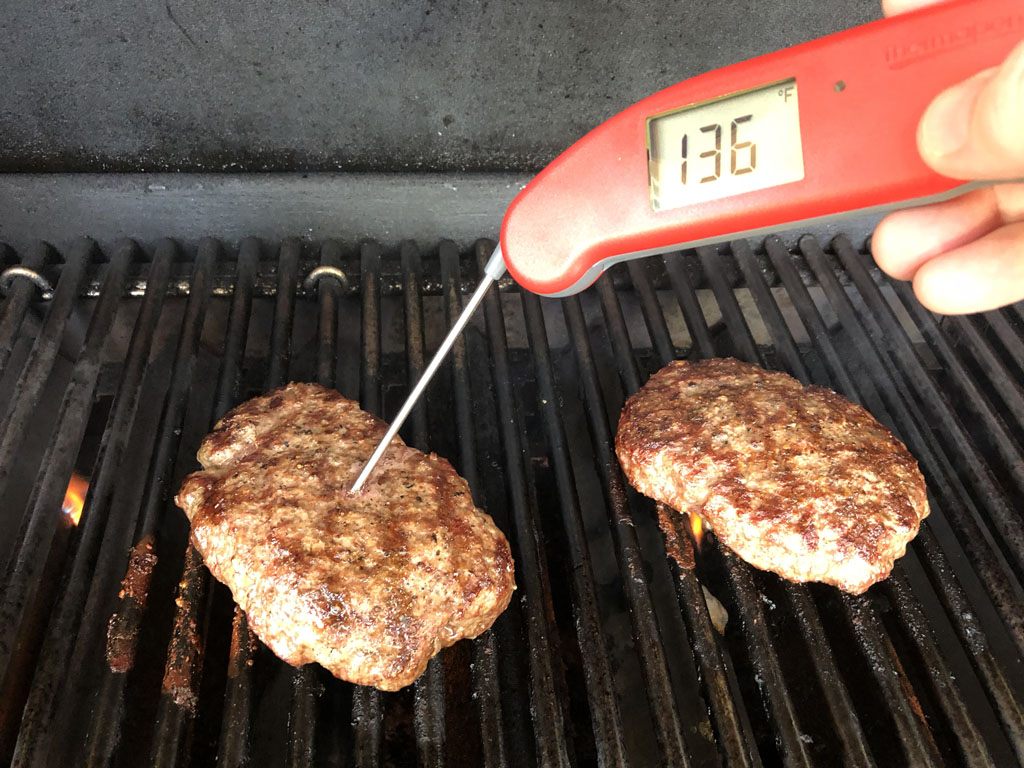 Once the burgers hit medium doneness, I moved them off the grill to a plate, placed two thin slices of Swiss cheese on each patty, covered with foil and let rest for 3-4 minutes to allow the juices to redistribute within the meat and to let the cheese soften.

To make the hamburger sandwich bun, I cut a piece of crusty French bread about the same length as the cooked burger and sliced it open. I used my fingers to pull out some of the bread in the top of the bun, resulting in about the same amount of bread in the top and bottom pieces. This improved the ratio of meat to bun and made the hamburger sandwich more enjoyable to eat.

You might think that toasting the French bread would make for a better hamburger sandwich. It probably would, but that’s not how they do it at Original Joe’s, so mine went untoasted. I placed the burger on the bun, added two slices of thick cut bacon, and I was ready to eat! 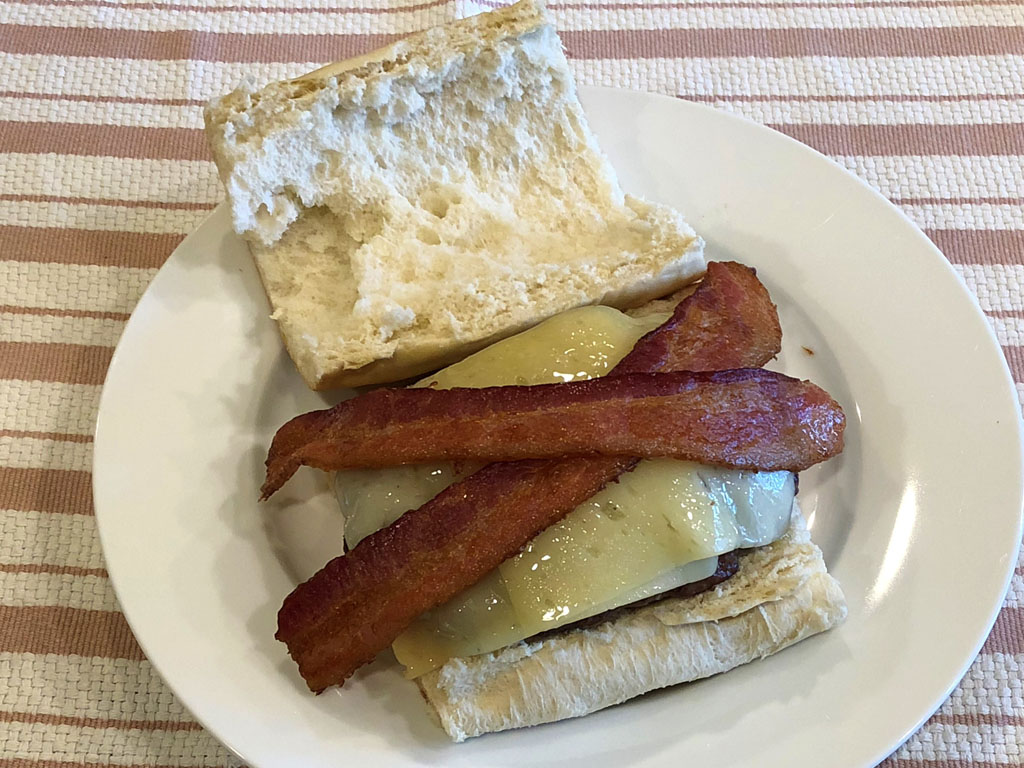 My Hamburger Sandwich: Close, But Not Joe’s

Compare mine to the Original Joe’s version…how do you think I did? 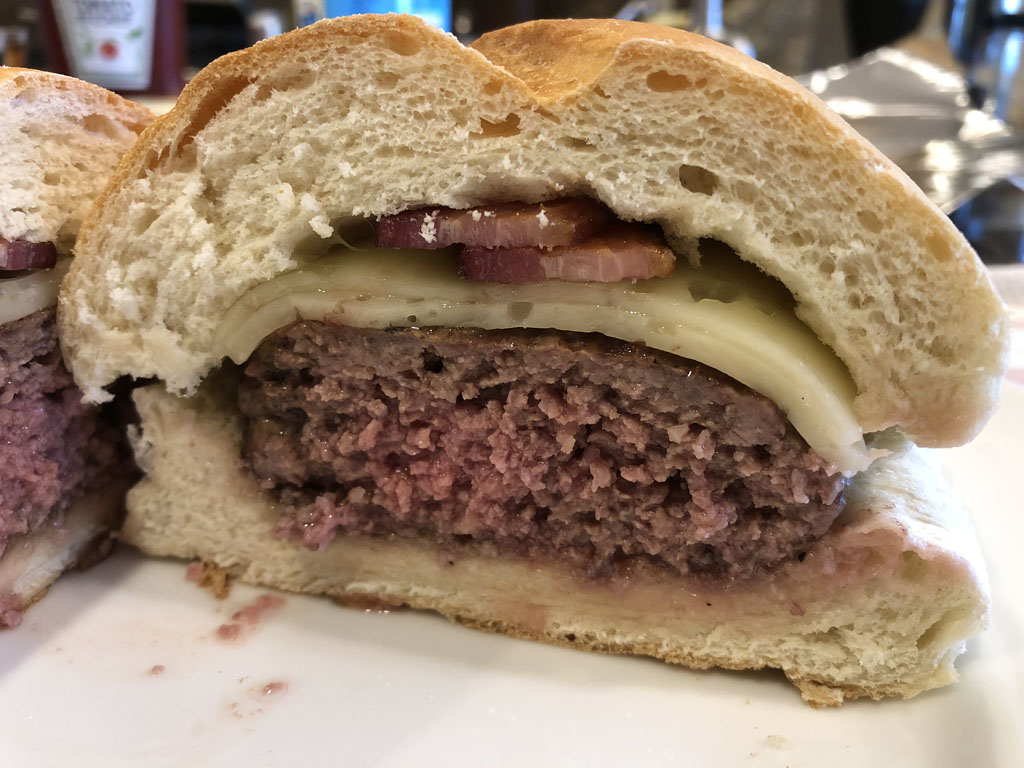 Was my hamburger sandwich as good as Original Joe’s? It was pretty darned tasty, especially when paired with a generous batch of hot, crispy steak fries and a big bottle of ketchup! But it was missing something…the ambiance of Joe’s, the seat at the counter, watching the chef working the intensely hot grill, cranking out order after order. My version was good, but it was not a famous Original Joe’s hamburger sandwich.

No matter how you like your burgers, I hope you’ll fire-up your Weber gas grill and make some big, beefy 3/4 pound hamburger sandwiches. They’re a special treat!